Damselfish, wrasses, and parrotfish are some of the brightest and most photographed fish inhabiting the coral reef. More importantly, these creatures are the unofficial caretakers of this diverse ecosystem. Each one has its own unique role that plays a part in maintaining the balance of our fragile reef.

Wrasses are a large, varied family of marine fish consisting of over 600 species. They are typically small, most are less than 8in. long and feed on a wide range of small invertebrates. Many serve as cleaner fish on the coral reef. Schools of wrasses will set up stations where larger fish hover, allowing the small wrasse to venture into their mouths and gill cavities to pick off parasites. It is not uncommon to observe several large reef fish congregating around the cleaner stations, mouths gaping and gills extended, waiting to be groomed.

Parrotfish, a close relative of the wrasse, are named for their fused teeth that give their mouth a beak-like appearance. Parrotfish are abundant in and around the tropical reefs of all the world’s oceans. There are about 80 identified species ranging in size from less than 1 to 4 feet in length. Schools of parrotfish graze over a reef much like a herd of cattle over a grassy field. Their teeth are specialized for scraping algae and invertebrates from coral and rocks. Another set of teeth are located on the floor and roof of their throats. The pharyngeal teeth crush the ingested materials resulting in large amounts of calcareous materials to be consumed and excreted by schools of parrotfish. As a result a single 5 lb. parrotfish can produce an average of 1 ton of sand per year. 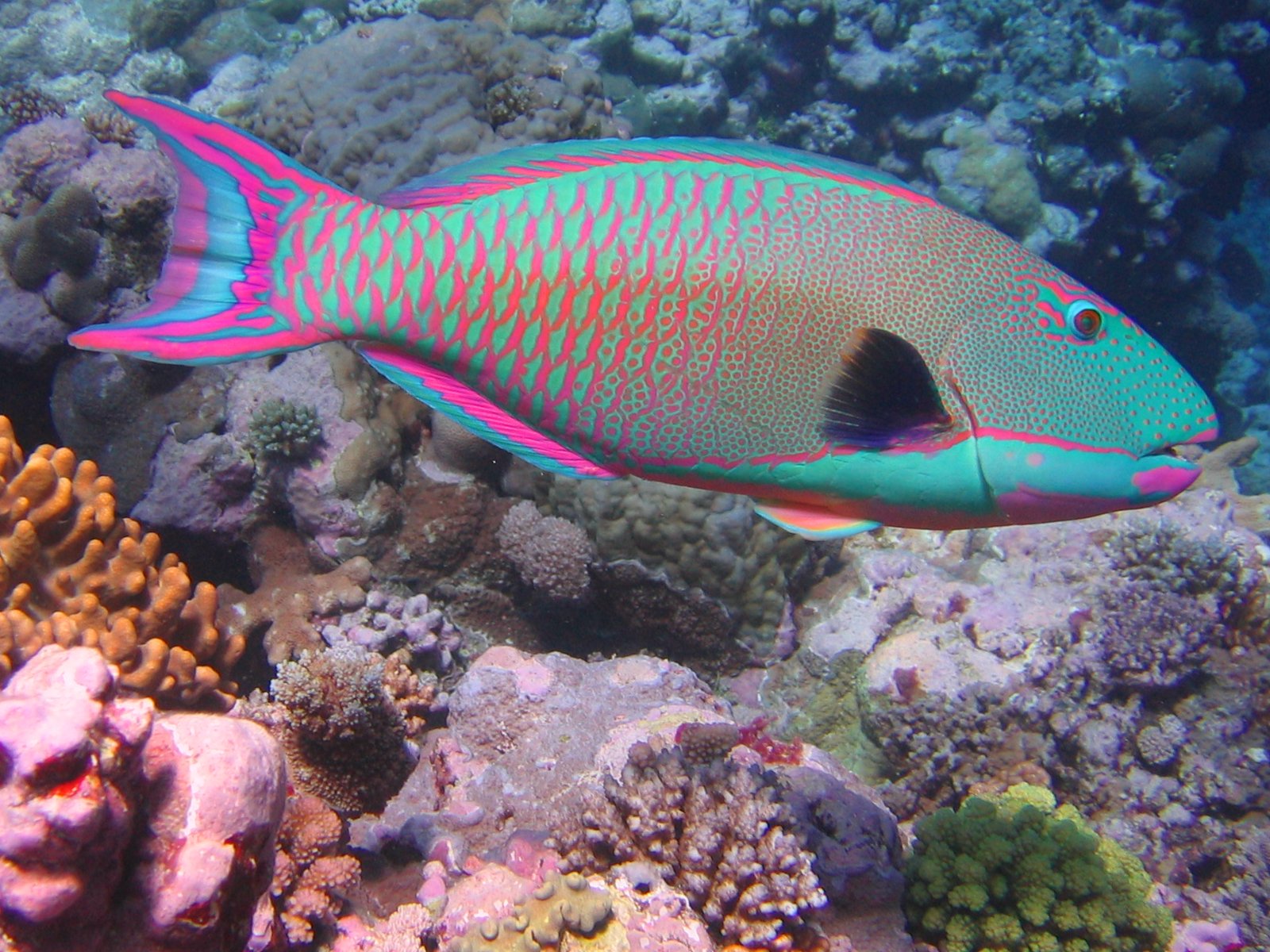 Damselfish are the farmers of the coral reef and rarely grow to more than 5 inches in length. These small fish will cultivate, harvest, and nurture a small patch of filamentous algae throughout their life. Part of the upkeep is also to weed out calcareous algae or other biological material that is harder to digest. However, don’t be fooled by their small size and bright colors. Damsel fish are highly territorial and will aggressively protect their crop even from a passing diver.