Biologists think puffer fish developed their ability to inflate themselves due to their slow swimming style, which makes them vulnerable to predators. During escape, puffer fish use their highly elastic stomachs to quickly ingest large amounts of water (and air when necessary) to turn themselves into a virtually inedible ball several times their normal size.

A predator that manages to snag a puffer fish before it inflates won’t feel lucky for long. Almost all puffer fish contain tetrodotoxin, a substance that makes them foul tasting and often lethal. To humans, tetrodotoxin is deadly, up to 1,200 times more poisonous than cyanide. There is enough toxin in one puffer fish to kill 30 adult humans, and there is no known antidote. Sharks are the only species immune to the puffer fish’s toxin. They can eat puffer fish without any negative consequences. 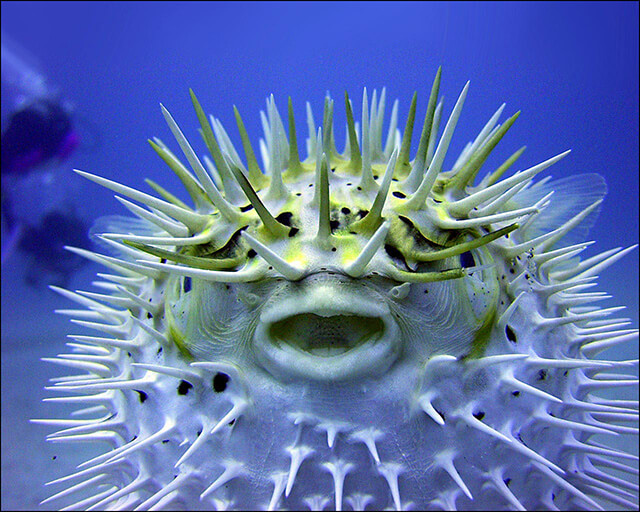 In Japan, the meat of some puffer fish is considered a delicacy- called fugu. It can only be prepared by trained, licensed chefs who know that one bad cut means almost certain death for a customer. In fact, many such deaths occur annually.

There are more than 120 species of puffer fish , most of which are found in tropical and subtropical ocean waters.  They have long, tapered bodies with bulbous heads. Some have wild markings and colors as if to advertise their toxicity, while others are more muted with cryptic coloring to blend in with their environment. 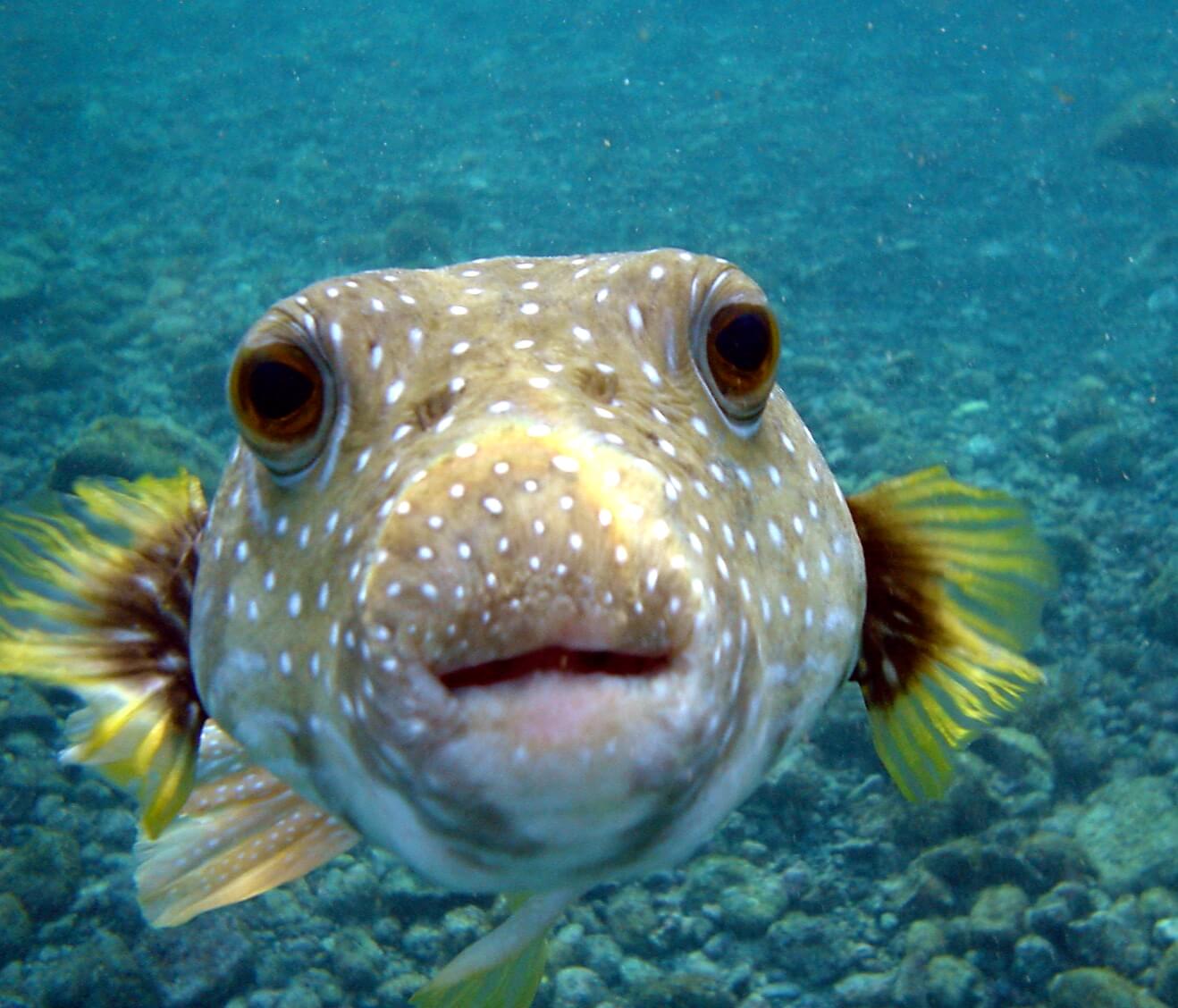 They range in size from the 1-inch-long dwarf or pygmy puffer to the freshwater giant puffer, which can grow to more than 2 feet in length. They are scaleless fish and usually have rough to spiky skin. They also have four teeth that are fused together into a beak-like form.

Diet includes mostly invertebrates and algae. Some puffer fish crack open and eat clams, mussels, and shellfish with their hard beaks. Poisonous puffers are believed to synthesize their deadly toxin from the bacteria in the animals they eat.

A puffer fish reaches sexual maturity at the age of five.  The male guides the female to shallow waters where she will release about three to seven eggs. The young fish are protected by their hard egg shell, which of course, cracks as soon as they’re ready to hatch. After leaving the egg, young puffer fish swim toward the reef’s community. The average lifespan of the puffer fish is approximately 10 years.

As you’ve read, the poison found in puffer fish is tetrodotoxin– one of the most toxic poisons found in nature. Puffer fish poisoning is similar to paralytic shellfish poisoning.